You are here: Home / blog / Info for Companies / The Benefits of Recruiting Multilingual Employees

The benefits of recruiting multilingual employees are immense. They can provide in-house language support, foster a more diverse and innovative organization, help cater to a broader audience, help with customer retention, and support international growth.

Most importantly they can provide contextualized information about people and places you are unfamiliar with. Context is so important in languages and situations and if you’re not fluent it’s best to talk with someone who’s a native level speaker before making any big marketing decisions or you could end up like some of these companies.

Electrolux was a Scandinavian vacuum company who wanted to expand into America. They used the slogan ‘Nothing Sucks Like an Electrolux’. Technically the phrase is correct but culturally it means the product is awful. This could have been avoided if a native speaker had been consulted prior to launching the campaign.  Electrolux’s stance is that the double entendre was intentional.  What do you think?

Parker Pens wanted to expand their customer base to Spanish consumers but its slogan ‘It won’t leak in your pocket and embarrass you’ was translated to ‘It won’t leak in your pocket and make you pregnant’. The word embarrass is what is called a false friend when it comes to linguistic translations. The Spanish word ‘embarazar’ sounds similar to the English one ‘embarrass’ but it really means to put one in the oven… It pays to be extra careful with slang!

Up to now we’ve talked about how language slip ups have caused issues for brands but what else can go wrong when you don’t get a native’s help? Take Gerber for instance. When Gerber first entered the African market, they placed a cute baby on the front of their products. Unbeknownst to them, it was common practice in some African countries for the product to have a picture of what’s inside ON the label. You can imagine the horror.

Procter & Gamble took an advert that had great success in the European market and remade it for Japan. The ad depicted a woman taking a bath and her husband entering the room and giving her a massage. For the Japanese, this type of advert was seen as an invasion of privacy, inappropriate, and in poor taste. An innocent mistake tanked their image in an entire country.

The benefit of recruiting multilingual employees when looking to expand into a new market far outweighs the potential costs. Any one of these businesses could have avoided these errors if only they asked someone who knows the language and culture before they launched a campaign.

If you’re looking for multilingual applicants in any of the industries we work with, we can help you source the talent you require.

I really appreciated working with Lisa on my recent job search. She is one of the recruiters that truly adds value both to the candidate and the employer. Her tireless effort, willingness to invest necessary time, and desire to achieve a win-win outcome makes her a standout in her industry. I’ll look forward to working with Lisa again when I’m seeking candidates!

A Great Place To Find A Great Job

Lisa and Erica, you are a credit to your profession. I will surely pass along Step Up Recruiting as a great place to help my friends find their next great job.

Thank you so much for your help and effort in helping me through my recent job search! On behalf of my Mother and myself, we’d like to show are heartfelt appreciation with these flowers!

Grateful For Your Expertise

Lisa has come through for us where others have failed. Her close attention to our specialized staffing requirements has provided ideal matches for multiple creative / technical positions. I’m impressed! It is VERY refreshing to have first recommendations be a perfect fit in our industry. Looking forward to working with her often in the future.

In my experience in working with Lisa in the last couple years to network for new positions, I have found her to be very knowledgeable and professional. She is excellent with follow-up and is truly sincere in her approach to find appropriate work to match my skill-set. I would highly recommend Lisa to any individual looking for new professional positions, or a firm that is looking to match up candidates and openings!

Lisa has provided great service as an Account Manager. She has provided excellent candidates, and her recruiting team is a portrayal of her guidance and professionalism. Whatever positions we are looking for, she was able to accommodate and provide the service and candidates for review. Lisa will go above and beyond to service our recruiting and staffing needs.

What a blessing you are. You are also a delightful presence and such an excellent mentor and advocate! 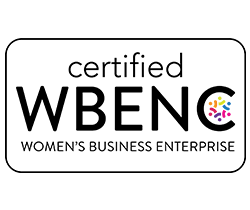 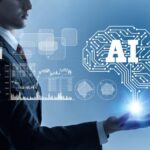 Read this article to find out about the pros and cons of using AI for recruitment.